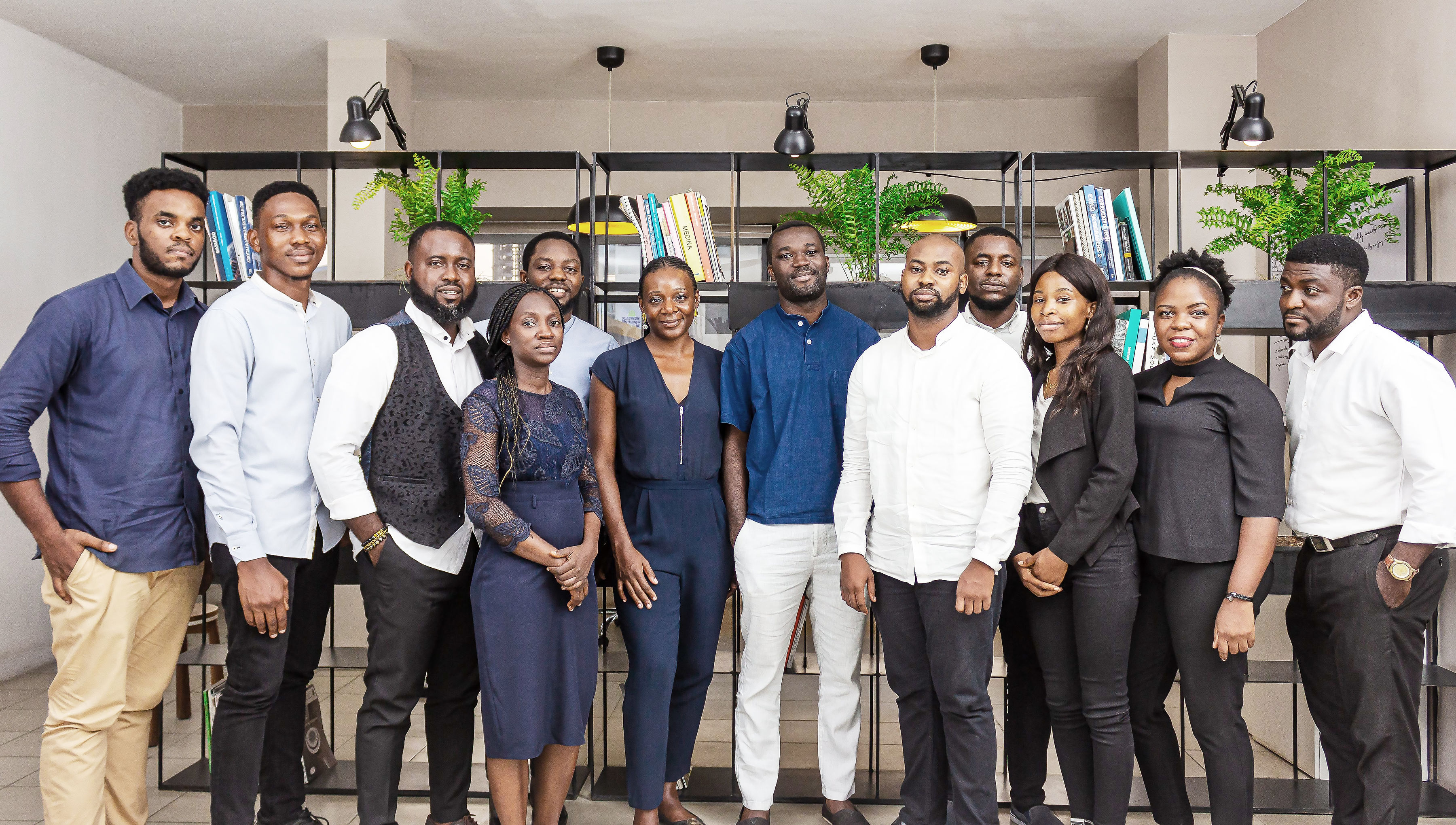 To conceive a new building for the arts as a standalone architectural and urban expression, housing an Institute for African Art and Film and to do this outside of Lagos, in Ilorin, is therefore a bold and adventurous move, signaling, perhaps the beginning of a new and long-awaited era in which public space can be captured and activated for the arts in a civic way.

A New Civic and Cultural Centre in Nigeria

[Written by: Olayinka Dosekun-Adjei and Femi Adewuyi of Studio Contra]

The art renaissance in Nigeria is no news to enthusiasts and collectors at home and abroad; over the last decade contemporary art has flourished in Nigeria, supported by a network of small galleries and temporary art spaces clustered mainly around Lagos, the economic capital and cultural centre of Nigeria. These galleries spring into life around annual fairs and events such as Art X, Lagos Photo Festival and the Lagos Biennale but offer exhibitions all year round. Nigerian films and cinematic forms of artistic expression which originate from Nollywood  have also been developing in sophistication, branching out into new genres and growing in relevance. They are now attracting larger audiences and reaching international viewers through platforms such as Netflix and Iroko TV.

While Nigerian artists and auteurs are making forays into more diverse and experimental forms, and with the ‘renaissance’ in full swing, the urban, architectural and spatial manifestation of this cultural phenomenon is glaringly absent. Nation wide, and even in Lagos, there are almost no spaces specifically designed for and dedicated exclusively to the arts while being a home to well-funded art institutions that provide adequate grounds for cultural exchange, testing and presentation of new ideas to the public. Most art galleries in Lagos and Abuja are relatively small-scale, private enterprises, occupying hybrid and temporary spaces or else cleverly and resourcefully converted from private residential building stock with stripped-out and renovated interiors. Examples include Rele Gallery, in Onikan, Lagos, which used to be a residential building before its conversion, Whitespace and Mode Art Galleries in Ikoyi which used to be homes. In a similar vein the International Lagos Biennial took place last year at the derelict Independence House on Lagos Island while Art X 2019 was hosted by the Federal Palace Hotel in Victoria Island.

Lagos state is without contention the financial and cultural centre of Nigeria, abounding in cultural diversity and historical wealth, however, there are other cities within the country that seem interested in catching up. Kwara state, in the middle-belt of Nigeria, is home to four different tribes: Yoruba, Nupe, Fulani and Bariba people, It’s capital, Ilorin is an old city founded in the 15th century and where the first museum in Nigeria was built in 1945 by the British colonist; the Esie National Museum in Ilorin. Throughout the 19thcentury, Ilorin served as a major trade centre between the Hausa of the north and the Yoruba of the south. The city is a 40 minute flight away from Lagos andis now home to two tertiary institutions, University of Ilorin and Kwara State Polytechnic. Nevertheless, Ilorin is a moderately sized city, 7th largest in Nigeria with a population of approximately 1million. Consequently any attempt to make the city more culturally relevant must be structured around a long term vision involving commerce, infrastructure, tourism and media. This project therefore looks forward and outward serving as a catalyst for emerging possibilities rather than an end point in itself.

To conceive a new building for the arts as a standalone architectural and urban expression, housing an Institute for African Art and Film and to do this outside of Lagos, in Ilorin, is therefore a bold and adventurous move, signaling, perhaps the beginning of a new and long-awaited era in which public space can be captured and activated for the arts in a civic way. This project, originating in 2019, is the brainchild of Kwara State Governor, His Excellency, Abdul Rahman Abdul Razaq and developed under the auspices of the Ministry of Works. Gov. Abdul Razaq and his wife, Mrs. Olufolake Abdulrazaq are themselves long-time art enthusiasts and collectors, who have recognised the unique  opportunity to build a meaningful creative destination in the centre of Ilorin towards the creation of new commercial and cultural opportunities for the city.

Studio Contra were commissioned to be the designers responsible for bringing this vision to fruition. Studio Contra is a dynamic architectural, urban and interior design practice based in Lagos, committed to the delivery of thoughtful contemporary architecture predicated on quality, beauty, innovation and sustainability. Creative Director, Olayinka Dosekun-Adjei and the Founder of the emerging art platform, Retro Africa, Dolly Kola-Balogun, were invited to Kwara to engage in a series of discussions with the State in order to better understand the project parameters, develop the brief and identify a suitable site for the project. It seemed natural and desirable to both the State and the Design team that the building should be inviting and open to the public, seeking to engage with its context in a variety of ways and draw people in for diverse reasons through a mixture of programs including; multi-purpose rooms and art galleries, bookshop, studio workshops, cinematic post-production facilities, screening room and restaurant-cafe. In addition there would be a public plaza and landscaped sculpture gardens fully open to the public. The building is sited on an appropriately-sized, 8,000 sqm land in the city centre. It lies at the corner of Saadu Alamanu Street where the road leading from the Government House to the State Banquet Hall intersects with Ahmadu Bello Way, the city's main artery. The site’s location and unique qualities present an opportunity to cast a new kind of monument in the heart of the city; positioned on a prominent but abandoned and undeveloped corner plot that allows dual visibility and places particular emphasis on  the building's silhouette.

Between August 2019 and April 2020 Studio Contra led the Conceptual and Detailed Design of the Ilorin Civic and Visual Arts Centre in collaboration with other key consultants including Retro Africa (Art & Film) Morgan Omonitan & Abe (Structural Design), Top Klan (M&E Services Design)and  SEA Surveyors (Cost Consultancy).The result is a design that seeks to straddle the contemporary and the classical and bridge the gap between Kwara’s rich cultural and religious history and its aspirations of modernity and progress. Despite its modest budget, the design asked questions about contemporary African monumentality and how this can be deployed as a device for place-making without overwhelming the existing context. Studio Contra decided on a ground-scraping structure, without level changes, stairs, elevators or other complications, arranging the diverse programs around a rational grid interrupted by courtyards which are either fully enclosed or semi-enclosed green spaces. The simplicity of the layout allows for large column-free spaces. The building encourages easy and unhurried transitions between the different spaces while seamlessly merging the experience of art and nature. While the building’s layout is strictly rectilinear the designers adopted a sculptural sectional language of elongated arches and convex roof curvatures to offset the stability of the plan. In someway these arches are an indirect nod to the famously glorious Ilorin Central Mosque, second only to the Abuja National Mosque. While the Civic and Visual Arts Centre is to be fitted out with a high specification of mechanical lighting and cooling appropriate for art, natural illumination and passive ventilation through the spaces has been designed into the very structure of the building for low energy consumption during non-peak periods. The gallery spaces were placed in a North-South orientation in order to take in the less harsh indirect sunlight while the non-gallery spaces are oriented East - West.

In this project, landscape plays an equally significant role as architecture. Courtyards embedded in the building provide excellent space to engage with outdoor sculpture, while the rest of the terrain mediates between the building massing and its urban setting; separated only by a transparent perimeter fence that allows passers-by full views of the tropical greenery and low-slung building within the site. Setting the building back by a full 12meters creates a ‘piazza’ style forecourt, offering as much space as possible to the street and encouraging community interaction and engagement under the shaded boughs of its tree canopies. Construction of the Ilorin Civic and Visual Arts Centre is set to begin in 2020.